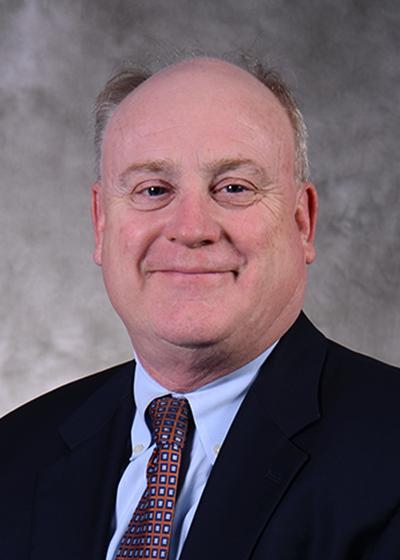 John Hellmann received the 2021 MatSE Alumnus of the Year Award during the annual MatSE awards presentation. He earned his bachelors of science and doctor of philosophy in ceramic science, both from Penn State.

"I've been a member of the MatSE community for nearly five decades—as a student, researcher, faculty member, and administrator,” said Hellmann, who retired as senior associate dean in February. “I have personally experienced countless examples of how outstanding and insightful our students are, how talented, productive, and renowned our faculty continue to be, and how dedicated our staff have been in enabling our success. I've been blessed to have had the opportunity to work with the best. To say I'm incredibly proud to have been a part of this is a huge understatement. To be recognized by my friends and colleagues in the department as MatSE Alumnus of the Year is both humbling and gratifying. Thank you all so much!"

Hellmann credits some of his great mentors he had along the way: Richard Tressler, Vladimir Stubican, Arnalf Muan, Robert Newnham, Donald Koss, and Carlo Pantano—to name a few.

After graduating from Penn State, he began his career in the ceramics development division at Sandia National Laboratories, where he worked for five years. He then returned to Penn State and MatSE to help start the Center for Advanced Materials which was focused on the design of ceramics in high-temperature systems. With funding from industry and federal agencies, Hellmann and his team were able to grow the center into a $3 million annual operation as they worked to develop components for the Rockwell X-30 and NASA’s National Aero-Space Plane, and radiant ceramic tubes for industrial heating, a technology that is commonplace today.

Hellmann continued to oversee those accreditation processes, as well as for the engineering programs in the John and Willie Leone Family Department of Energy and Mineral Engineering, when he served as associate dean for education in the College of Earth and Mineral Sciences (EMS) from 2007 to 2012.

“The ABET accreditations, although arduous, were immensely satisfying and contributed to many improvements in our already fantastic engineering degrees in the college,” Hellman said.

In 2012, he was named senior associate dean for graduate educations and research in EMS. This position included oversight of all graduate degrees and certificates in EMS, a $65 million research enterprise spanning five departments and three institutes, and coordination of facility renovations and research capabilities in EMS.

Throughout his time at the University, Hellmann always kept a vigorous research portfolio and a full teaching load. He had many significant accomplishments in the plethora of roles he held at Penn State.