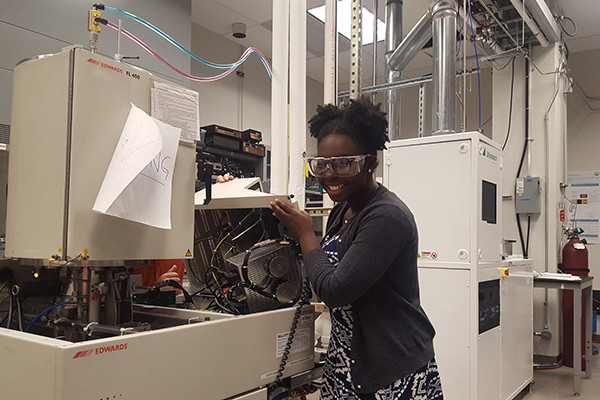 While pursuing her bachelor’s degree at another university, Ama Agyapong was introduced to Penn State through an internship. That experience led her toward a career in materials science and engineering, and her lifelong goal of improving the devices we use every day.

Agyapong, Ph.D. candidate in the Intercollege Graduate Degree Program (IGDP) in Materials Science and Engineering (MatSE), is studying the roles of metals and semiconductors in devices and how their properties and interactions affect device performance. Her dream is to be a researcher in a national laboratory or industry and to use the knowledge she gained at Penn State to improve the standard of living through technological and scientific advances.

Agyapong describes research as a three-step process that she could repeat forever: design fundamentally sound experiment to tackle a scientific problem, analyze the information from the data, and share the results from the study with everyone willing to listen.

“I always love thinking to myself, ‘Wow. I made that. And it’s behaving like this because I designed it that way based on my understanding of the underlining scientific concepts I learned in the classroom.’ That’s the ultimate fun in being able to do research as an experimentalist,” she said. 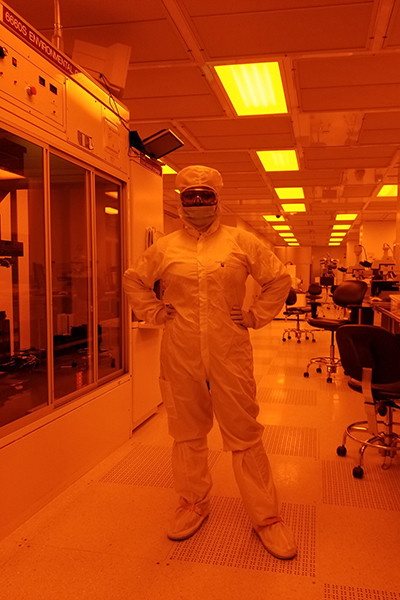 Agyapong’s enthusiasm for materials science stems from her diverse undergraduate background. She began her academic career as an aviation science major before realizing her love for aviation was a launching point to the critical questions she wanted to study. During her undergraduate journey, she began to work in a lab studying thin film deposition. She didn’t realize until her internship at Penn State in the summer of 2016 that materials science was what she most enjoyed researching.

After completing her internship at Penn State, Agyapong was confident that she wanted to return for graduate school, citing the combination of facilities and academics resources.

“One thing I love about Penn State is that they prepare you to solve problems in the real world,” Agyapong said. “You learn how to ask critical questions and how to go about answering them. I know that once I complete my program, I am not limited to the work I did during my studies. I have full confidence that I have outstanding training and experiences to tackle anything the real world may ask of me.”

Agyapong said Penn State proved to be the right fit, not only for its academics, but also the community.

“Penn State fosters an environment where everyone is there to help one another, whether it’s as faculty and student or between fellow colleagues,” Agyapong said.

Agyapong is not afraid to pursue her dreams even when the odds are against her. Agyapong is raising her sister all while being an involved graduate student and conducting her research. She said her graduate program offers a tight-knit community and provides a second home that has supported her along the way.

﻿“Grad school is something you really have to want yourself, apart from familial pressures and outwardly influences, because that’s what is going to get you through,” Agayapong said. “I’ll always be thankful to Penn State for allowing me to have the people and resources I need in order to pursue my passion in materials science.”