Zi-Kui Liu, distinguished professor of materials science and engineering in the College of Earth and Mineral Sciences, was nominated for Vice President and Trustee of ASM International for a term of one year. The report of the nominations was published in the May/June Advanced Materials and Processing journal, a regular publication of the Society which is distributed to all members.

"I would like to thank the nominating committee members for their trust,” said Dr. Zi-Kui Liu. “I am grateful for this opportunity to serve ASM International who has supported our profession tremendously. I will do my best to work with the society members, leaderships, and various stakeholders to further strengthen ASM International, enhance its impact to academy, research institutions, and industry, and make the world a better place.”  Liu received a bachelor’s degree in metallurgy from Central South University in China, his master’s degree in materials engineering from the University of Science and Technology Beijing, and his doctorate in physical metallurgy from the Royal Institute of Technology in Sweden. He was a research associate at the University of Wisconsin-Madison and a senior research scientist at QuesTek Innovations LLC. He has been at Penn State since 1999 and served as editor-in-chief of CALPHAD journal since 2001. Liu is a fellow of ASM International and has been a member of the ASM International Board of Trustees and the TMS Board of Directors. He served as vice chair and chair of the ASM Alloy Phase Diagram (APD) Committee and established the annual Phase Stability and Diffusion Kinetics symposium at MS&T sponsored by the ASM APD Committee. Liu received the ASM J. Willard Gibbs Phase Equilibria Award, TMS William Hume-Rothery Award, AcerS Spriggs Phase Equilibria Award, and the Lee Hsun Lecture Award from the Institute of Metal Research, Chinese Academy of Science.  Liu’s current research activities are centered on first-principles calculations, modeling of thermodynamic and kinetic properties, and their integration in understanding defects, phase stability, and phase Transformations, and designing and tailoring materials processing and properties. He has published over 470 scientific papers in peer review journals. He was cofounder and director of the NSF Industry/University Cooperative Research Center for Computational Materials Design.  Liu teaches thermodynamics of materials to graduate students and phase transformations to undergraduate students at Penn State. He was the recipient of Penn State’s Faculty of the Year Award (selected by MSE students), and the Wilson Award for Excellence in Research and Faculty Mentoring Award. Liu has also been teaching outreach courses on computational thermodynamics and computational kinetics to scientists, engineers, professors, and students in the U.S. since 1996. 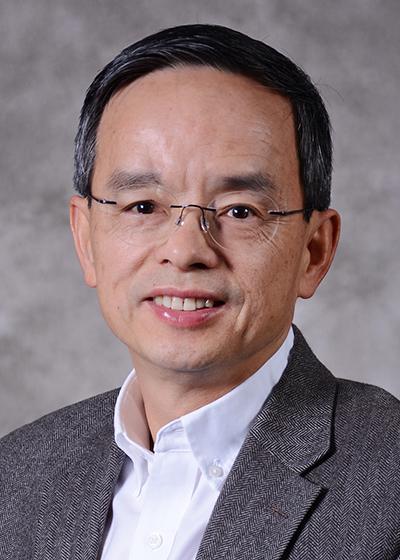