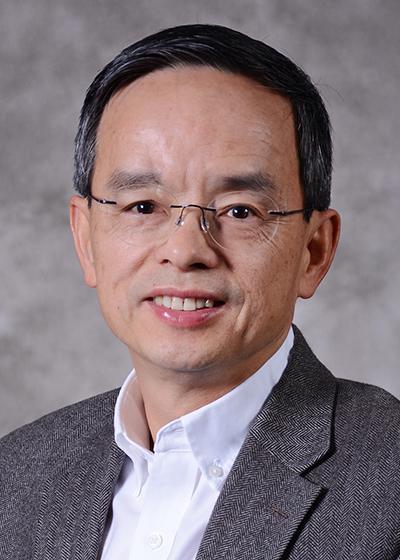 Dr. Zi-Kui Liu is the Dorothy Pate Enright professor of Materials Science and Engineering at The Pennsylvania State University. He obtained his BS from Central South University (China), MS from University of Science and Technology Beijing (China), PhD from Royal Institute of Technology (KTH, Sweden). He was a research associate at University of Wisconsin-Madison and a senior research scientist at Questek Innovation, LLC. He has been at the Pennsylvania State University since 1999, the Editor-in-Chief of CALPHAD journal since 2001, and the President of CALPHAD, Inc. since 2013. He co-founded the NSF Center for Computational Materials Design and served its director from 2005 to 2014. Dr. Liu coined the name “Materials Genome®” in 2002 and led the incorporation of the nonprofit Materials Genome Foundation in 2018, and his company, Materials Genome, Inc., owns its trademark.

Dr. Liu is a Fellow of TMS and ASM International.  He served as the President of ASM International and a member of ASM International Board of Trustees and the TMS Board of Directors.  He received the ASM J. Willard Gibbs Phase Equilibria Award, the TMS William Hume-Rothery Award, the ACers Spriggs Phase Equilibria Award, the Wilson Award for Excellence in Research from the Pennsylvania State University, and the Lee Hsun Award from Institute of Metals Research, Chinese Academy of Science. Dr. Liu’s current research activities are centered on first-principles calculations, machine learning, modeling of thermodynamic, kinetic and other properties, and their integration for understanding defects, phase stability, and phase transformations, and designing and tailoring materials processing and properties. His team developed the zentropy theory that is capable of predicting macroscopic functionalities including singularity from quantum mechanics and statistical mechanics based solely on density functional theory. Dr. Liu derived the general flux equations and predicted the cross-phenomenon coefficients from the complete form of combine law of thermodynamics. He has graduated 31 PhD students and published over 600+ papers collected in Web of Science and in Google Scholar. He was the lead author of a textbook on Computational Thermodynamics of Materials published by Cambridge University Press. His research group web site is at www.phases.psu.edu.