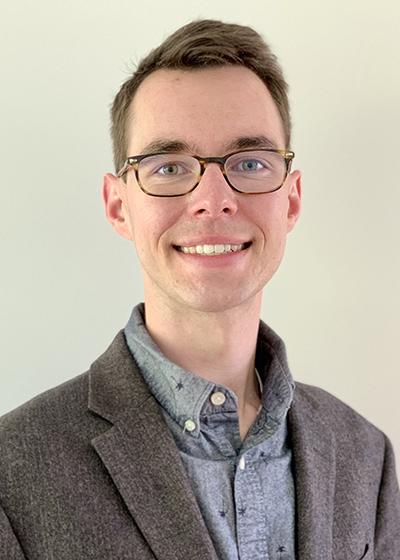 Wesley Reinhart received his B.S. in Chemical Engineering from the University of Minnesota Twin Cities. He attended Princeton University on a National Defense Science and Engineering Graduate Fellowship, where he worked on strategies for predicting, understanding, and controlling colloidal crystallization using large-scale computer simulations and machine learning methods. After completing his Ph.D. in Chemical and Biological Engineering, he worked as a Research Scientist at Siemens Corporate Technology. His research initiatives there focused on computational geometry, knowledge representation, and exploiting the structure-function relationship in manufacturing contexts. He joined Penn State’s Department of Materials Science and Engineering in 2020 and holds an appointment as an Institute for Computational and Data Sciences Co-hire.

Of the National Academy of Engineering’s 14 Grand Challenges for the 21st Century, four have a major materials component (solar energy, infrastructure, clean water, and carbon sequestration), while another four have at least a minor component (medicine, nuclear fusion, preventing nuclear terror, and securing cyberspace). Thus more than half of the grand challenges for the next generation of scientists and engineers will involve the design, manufacture, and maintenance of advanced materials, whose sought-after functions and properties will be derived from their yet-unknown internal structure. This relationship between structure and function is challenging to understand and even harder to predict because it is nonlinear, high dimensional, and results from physical phenomena at many scales. While traditional materials design has relied on human intuition to interpret patterns in known structure-function pairs and infer new materials with similar (hopefully improved) properties, we aim to use a combination of high-performance physics simulation and data science approaches to arrive at efficient representations of materials which will enable true “inverse design” of micro-structure.

Recent advances in data science and machine learning have made entirely new modes of design available to engineers and scientists with the skills to use them. These new techniques make use of data obtained by simulation or experiment (or both) to infer patterns which may escape human perception, and to arrive at desired functionality by making extensive use of both optimization to drive the structure towards the desired state and statistics to bound uncertainty. Our research platform takes advantage of lessons learned from the traditional “forward” design approach to develop efficient and robust inverse design workflows based on both physics-based modeling and data-driven paradigms, including GPU accelerated computing, hybrid simulation methods accelerated by machine learning, and generative models which require no simulation at all. We seek to capitalize on advances in both data science and machine learning, including the increasingly popular deep learning but also methods based on Gaussian Process, Optimal Transport, and other related methods, as well as high-performance physics simulation to predict the thermodynamic, electromagnetic, and mechanical responses of materials. The increasingly close coupling of these topics with materials synthesis and characterization will undoubtedly unlock new and improved functionalities in a wide variety of materials applications.