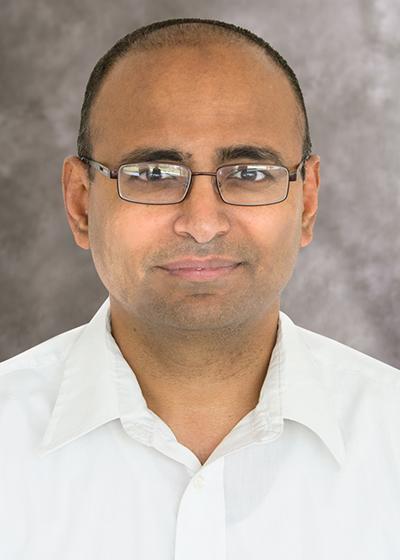 Dr. Gopalan received his B.Tech. in Metallurgical Engineering from the Indian Institute of Technology, Chennai, in 1989, and his Ph.D. in Materials Science and Engineering from Cornell University in 1995. He was a postdoctoral scholar in the Electrical and Computer Engineering Department at the Carnegie Mellon University from 1995-1996, and was subsequently awarded a director funded postdoctoral fellowship at the Los Alamos National Laboratory, where he performed research on ferroelectrics and electro-optics till 1998.

He is a group leader in the NSF-MRSEC Center for Nanoscale Science, has served on the editorial board of the Annual Reviews of Materials research since 2004. He is a Fellow of the American Physical Society since 2012. Gopalan has published over 200 papers, and has written five book chapters on ferroelectric complex oxides, nonlinear optics, optical metamaterials, and scanning probe microscopy.

Our research focuses on the science and technology of nonlinear optical materials. The work straddles materials science, physics, and optical engineering. We have three current areas of focus:

Complex Oxides: Complex oxides exhibit a rich range of phenomena, from ferroelectricity, magnetism charge and orbital ordering, correlated phenomena such as metal-insulator transitions, and intricate coupling of the relevant order parameters. Our interest is in studying emergent phenomena in these materials, where new unexpected phases beyond ground state are discovered by stabilizing them with strain, fields, and ultrafast light pulses. Variable temperature nonlinear optical microscopy has been developed in our group, which has led to the discovery of new metastable phases in classic ferroelectrics, with two orders of magnitude enhanced properties over the ground state parent phases. Ultrafast pump-probe studies with light pulses in the femtosecond time scale and colors in the visible, infrared and THz frequencies is being explored to excite electrons and phonons directly in order to discover new hidden phases. The nanoscale structure of single domain walls is studied using scanning probe techniques such as piezoelectric force microscopy (at Penn State) and nanoscale xray diffraction imaging and coherent diffraction techniques at the Advanced Photon Source. Modeling including density functional theory and Ginzburg-Landau phenomenology (through collaborations), finite element method, and electromagnetic simulations complement our research.

Semiconductor fibers and metalattices: Our collaboration with the Badding group (Chemistry), has led to semiconductor (Si, Ge, ZnSe) filled microstructured silica optical fibers which contain hundreds of extreme aspect ratio (~105) semiconductor and metal-filled nanowires in a highly periodic array. We have demonstrated the first in-fiber p-i-n semiconductor junction, high speed detector at 3GHz, mid-infrared imaging arrays, and gain media in the mid infrared. Our research is now expanding beyond the fiber template to 3-dimensional complex, tortuous interconnected templates, which can be filled with semiconductors, and where quantum confinement and long-range transport can be simultaneously achieved.

Symmetry:  In 2011, Gopalan and Litvin introduced a new antisymmetry operation called rotation reversal symmetry that reverses the sense of any local static rotation of a polyhedron in a structure. By combining with time reversal symmetry, we have identified double antisymmetry groups that apply to a range of material phenomena involving magnetism and polyhedral rotations.  Our group has now listed every one of these 17,803 symmetries explicitly.  We have recently generalized this concept to distortion reversal symmetry that can describe any distortion of a set of atoms under a perturbation.