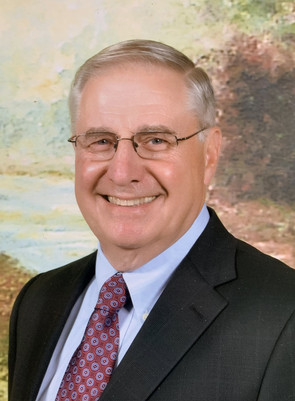 In honor of Jack Coppola’s dedication and contributions to the Department of Materials Science and Engineering (MatSE), he was named the 2020 MatSE Alumnus of the Year.

When Coppola retired following his 35-year career in the industry and building products arena — in which he had accomplished a great deal — he brought his knowledge and passion back to Penn State to pay it forward.

Coppola has been a active member of the MatSE External Advisory Board (EAB) since 2006. During his tenure on the EAB, he has greatly impacted lab safety and the safety habits of students. He will be retiring from the board at the end of June 2020.

“The department has continued to advance its commitment to safety and is considered a safety leader on campus and in the academic world,” Coppola said.

The EAB’s tasks include reviewing the department’s safety processes while searching for ways to improve. Because of the extensive safety training and experiences within the department, Coppola said graduates have a significant competitive advantage when they begin their careers.

“I believe the EAB interactions with the graduate and undergraduate students are the most helpful in gauging the success of the MatSE department,” Coppola said. “They are truly the ‘products’ of the educational process and research programs within MatSE.”

Coppola also has profound gratitude for the generous funding he received while at Penn State and knows that the trajectory of his future may have been very different without it. That is what inspired Coppola and his wife Jane '67 '69g to endow the Graduate Student Excellence Fund in MatSE.

Penn State acknowledged Coppola’s devotion by bestowing upon him the 2019 Alumni Fellow Award, the highest award given by the Penn State Alumni Association. Some of his other awards include: Penn State 2006ASM International McFarland Award, 1996 Penn State Earth and Mineral Sciences Centennial Fellow, Alfred University 1994 Outstanding Alumni and 1978 Niagara Frontier Inventor of the Year. He also received a R&D World magazine’s IR-100 award in 1978 for the top 100 technologically significant products and advancements.

Coppola received his B.S. in ceramic engineering from Alfred University in 1966 and his M.S. and Ph.D. degrees in Materials Science and Engineering from Penn State in 1969 and 1971, respectively. He also was a postdoctoral research assistant at Lehigh University from 1971 to 1972. He retired from Johns Manville in 2007 as senior vice president and chief technology officer responsible for research and development, and new product innovation and commercialization for the company.