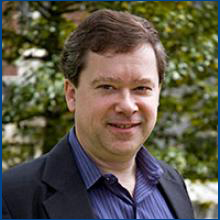 "Making a Difference: Engineering and Materials Science in the Service of Reducing Mercury Emissions from Coal-Fired Power Plants"

Sid Nelson was awarded his B.S. degree from Penn State University under the mineral processing option of the mining engineering program with highest honors in 1980. He also earned a M.S. degree in Public Policy from Harvard University’s Kennedy School of Government, where he was a Kennedy Fellow, as well as a Juris Doctor degree from the University of Arizona’s College of Law.

Early in his career he served short stints at the U.S. Steel Corp., the Burr-Brown Corp., a semiconductor company, and Booz, Allen & Hamilton, a major management consulting firm. Later, taking over at Sorbent Technologies with only a handful of employees and a $2 million valuation, over time he was able to build the venture into a $22 million acquisition by NYSE specialty-chemicals producer Albemarle Corporation.

The brominated carbons that Mr. Nelson invented and commercialized are now the leading technology used by coal-fired power plants to reduce their mercury emissions. He is currently Albemarle’s Global Business Director for Mercury Controls.