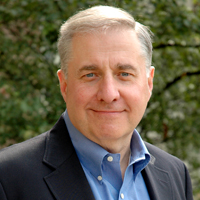 John A. “Jack” Coppola retired from Johns Manville in 2007 as senior vice president and chief technology officer responsible for research and development, and new product innovation and commercialization for the company. Jack joined Johns Manville, headquartered in Denver, Colorado, in 1996 as vice president of research and development, but also had responsibilities for corporate health, safety, and environment; product stewardship; and the information technology organizations.

Prior to joining Johns Manville in 1996, Jack was with The Carborundum Company for twenty-four years, based in Niagara Falls, New York. During that time he led a joint venture with Hitachi Chemical in Japan for three years, residing with his family in Tokyo. His last position with Carborundum was vice president, technology for the carborundum and advanced materials business units of BP Chemicals.

Jack received his B.S. in ceramic engineering from Alfred University in 1966 and his M.S. and Ph.D. degrees in Materials Science and Engineering from Penn State in 1969 and 1971, respectively. He also was a post doctoral research assistant at Lehigh University from 1971-1972.

Jack received the 2019 Alumni Fellow Award, the highest award given by the Penn State Alumni Association. He was the recipient of Penn State’s 2006 ASM International McFarland award, a 1996 Penn State Earth and Mineral Sciences Centennial Fellow, an Alfred University 1994 Outstanding Alumni, the 1978 Niagara Frontier Inventor of the Year, and received an Industrial Research magazine’s top 100 new products, IR 100, award in 1978.

Jack is a member and past vice president of the American Ceramic Society, a member of Keramos and the Society of Sigma Xi. He has been active in advisory councils with Penn State’s Department of Materials Science & Engineering, the Colorado School of Mines and Denver University. He is a past president of the Penn State Department of Materials Science and Engineering External Advisory Board.

Jack and his wife Jane live in Sarasota, Florida, and spend their summers in Morrison, Colorado.