Select the "more info" link to keep up with the latest from Penn State about the global coronavirus outbreak. MORE INFO > 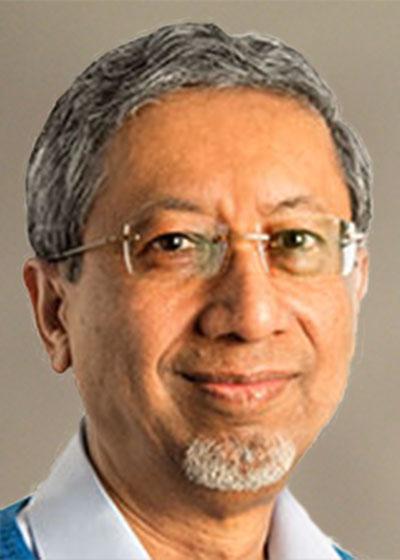 Research focus: Computational materials processing, particularly the application of numerical transport phenomena and optimization in welding and additive manufacturing. Our models compute the most important factors that affect metallurgical product quality such as temperature and velocity fields, cooling rates and solidification parameters by solving tens of billions of equations efficiently.

Fulbright-FACEPE Distinguished Chair, 2012-2013, for teaching and research in Brazil.

Yoshiaki Arata Award, International Institute of Welding (IIW), Villepinte, France “given to a person who has realized outstanding achievements in welding science and technology, and its allied areas, and which have been recognized as a great contribution to the progress of welding engineering and related fields,”  2006.

Honorary Membership Award, American Welding Society, “this award is presented to a person of acknowledged eminence in the welding profession or who is credited with exceptional accomplishments in the industry”, 2003.

The 57th Comfort A. Adams Lecture of American Welding Society. The Society describes this award as follows: “An award is made annually by the AWS Board of Directors to an outstanding scientist or engineer whose lecture presents some new and distinctive development in the field of welding,” 2000.

Fellow, American Welding Society “in recognition of outstanding and distinguished contributions that have enhanced the advancement of the science, technology and application of welding,” 1999.

Fellow, ASM International, “for pioneering fundamental research in welding…and for leading efforts in the mathematical modeling of welding processes,” 1993.

Awards for Technical Papers (shared with students and colleagues)

Charles H. Jennings Memorial Award, American Welding Society, “for the most valuable paper published by a college student or faculty in Welding Journal during the previous calendar year,” 2007, 2006 and 1997 (Three separate awards; 2007 award shared with A. Kumar, 2006 award shared with A. De and 1997 award, shared with W. Pitscheneder, K. Mundra and R. Ebner).