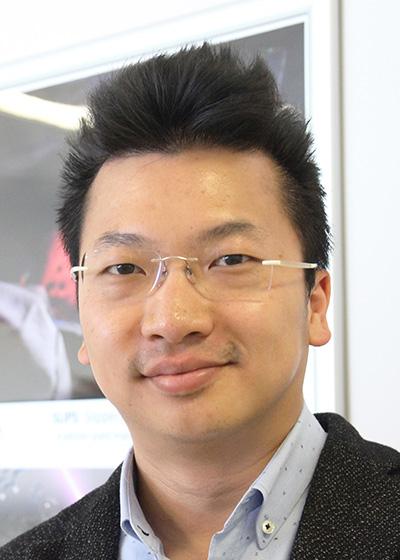 Dr. Wong’s research focuses on micro/nanoengineering, interfacial phenomena, and biologically inspired engineering with applications in materials science, water, health, and energy. Dr. Wong is a key inventor and pioneers a new class of pitcher-plant-inspired liquid-infused slippery surfaces including slippery liquid-infused porous surfaces (SLIPS) and liquid-entrenched smooth surface (LESS). His research has collectively led to >40 peer-reviewed publications, including papers in Nature (2), Nature Materials (1), Nature Sustainability (1), Nature Communications (2), Science Advances (4), and Proceedings of the National Academy of Sciences, USA (PNAS) (2). Six of these papers are listed as top 1% highly cited papers in the fields of Chemistry, Materials Science, and Multidisciplinary Sciences according to Web of Science by Clarivate Analytics. Dr. Wong’s original paper on SLIPS published in Nature is the most cited paper out of 59,747 published papers in the field of wetting, antifouling, and superhydrophobic surfaces from 2010 – 2019 according to the Clarivate Analytics Web of Science. Dr. Wong is ranked among the top 2% most-cited researchers in the world by Elsevier based on his citation impact (PLoS Biology 18: e3000918, 2020). Dr. Wong currently holds a total of 62 issued and pending US and international patents including 22 issued U.S. and 20 foreign patents, as well as 20 pending U.S. and foreign patents. Dr. Wong is currently a co-founder, CTO, and broad member of spotLESS Materials Inc.