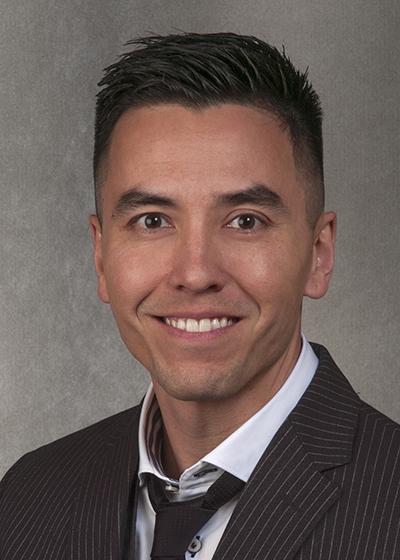 I was born in Sioux City, Iowa and attended the University of Iowa where I obtained a B.S. in Physics and a B.S. in Astronomy.  Go Hawks! Following my undergrad work I went to the University of Colorado in Boulder to pursue my doctorate in astrophysics.  My thesis project was the design, fabrication, calibration, and launch of a suborbital rocket.  The payload was a high resolution X-ray spectrometer for soft X-ray spectral observation of the Cygnus Loop supernova remnant.  In my free time my wife Jenni and I enjoy spending time with our four kids.  In my free-free time I enjoy fishing, hunting, gaming, and playing ultimate frisbee.

My current research interests focus on the design, fabrication, testing, and implementation of X-ray spectrographs for high throughput, high resolving power astrophysical observations. My research topics include the fabrication of X-ray gratings using nanofabrication methodologies, alignment and testing of aligned grating modules, and the incorporation of grating modules into space based spectrometers. My scientific interests in physics primarily deal with optics while my astronomical interests center around supernova remnants and their environments.  The former involves understanding the relationship between theoretical predictions of diffraction efficiency and the geometry of diffraction.  These expectations are tested using empirical measurements obtained at synchrotron facilities.  The latter details shock and plasma physics in the blast wave/interstellar medium interaction sites of supernova remnants.  In addition, we study properties of pulsar wind nebulae and their interaction with the supernova reverse shock.

We study the fabrication of X-ray diffraction gratings for use on NASA astronomical missions ranging in size from suborbital rockets to Explorer missions, to Probes and flagship missions.  The process utilizes many micro- and nano-fabrication tools, most of which are located at the amazing PSU Materials Research Institute nano-fabrication facility.  Through these studies we have been able to fabricate and replicate large format (75 x 96 mm), high-density (>6000 grooves/mm), variable line spaced (periodicity step changes of 0.25 nm), blazed (10-55 degree blaze angles) diffraction gratings for X-ray applications.

Our strategic NASA technology development efforts also involve the testing and qualification of reflection gratings for use in the X-ray.  This involves diffraction efficiency testing at synchrotron facilities such as the Advanced Light Source at LBNL and the PTB beamline at BESSY II.  Testing is also performed at X-ray beamlines such as NASA's Marshall Space Flight Center's Stray Light Facility and the PANTER X-ray Test Facility at Max-Plank Institute in Munich to quantify spectral resolving power.  Our gratings are capable of high spectral resolving power and high diffraction efficiency over a large energy band (~0.2-2.0 keV) with high efficiency per order.

Our group also leads a suborbital rocket team to develop critical technologies for future NASA X-ray missions.  Our current payload is the Off-plane Grating Rocket Experiment (OGRE), which is scheduled to launch in November 2018.  This spectrograph will incorporate silicon optics from NASA's Goddard Space Flight Center, electron multiplying CCDs from collaborators at the Open University and XCAM in the UK, as well as diffraction gratings made here at PSU.  The payload will obtain the highest resolution soft X-ray spectrum to date.  The observation target is Capella, a binary giant star system with intense coronal activity, and a common X-ray calibration source.  The image below shows our team along with OGRE's little sister OGRESS (the Off-plane Grating Rocket for Extended Source Spectroscopy) which launched in May 2015 from White Sands Missile Range.

Our team also performs reduction and analysis of Chandra X-ray Observatory data for a variety of supernova remnants in the galaxy and Magellanic Clouds. This effort is heavily supported by graduate and undergraduate led research.  Much of our research involves understanding the various topologies evident in multi-wavelength emission maps and what these signs unravel when considering the interaction between the supernova explosion and its environment. (Image ref. - see McEntaffer, et al. ApJ, 774, 120, 2013)