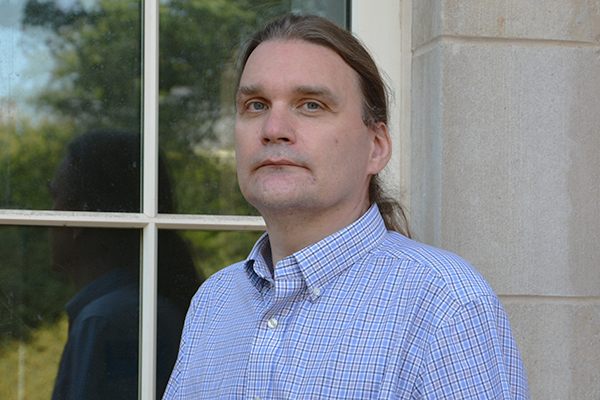 André van der Vlies is an assistant research professor who is currently working on polymer-based solar cells. Prior to joining Penn State, he was at Kansas State University where he developed a high-throughput system to retrieve and isolate bacteria from microwell arrays using photodegradable hydrogel materials.

“In my research at Penn State, I am seeking to design and synthesize light-harvesting materials for use in solar cells,” said van der Vlies.

He received his M.S. in chemistry from the University of Amsterdam, Netherlands. He earned his Ph.D. in chemistry from the Swiss Federal Institute of Technology Zurich (ETH), Switzerland, researching the sulfidation reaction of tungsten oxides using different spectroscopic techniques. He then worked as a postdoctoral fellow in the lab of Professor Jeffrey Hubbell at ETH and Swiss Federal Institute of Technology Lausanne, Switzerland, where he worked on developing polymeric materials for use as synthetic vaccines and drug delivery applications. He also worked in the Department of Applied Chemistry at Osaka University, Japan, as a research fellow researching gasotransmitter-releasing polymeric micelles for drug delivery applications.