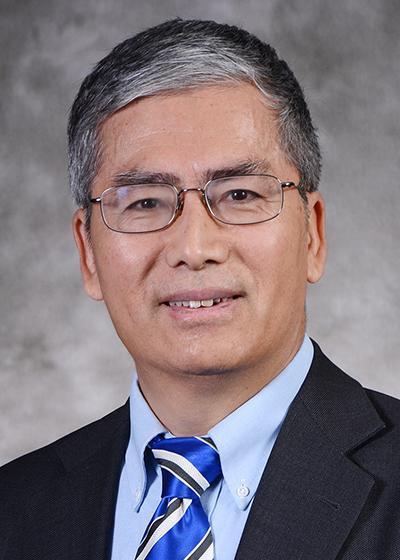 Song is the director of the EMS Energy Institute and a distinguished professor of fuel science in the Department of Energy and Mineral Engineering. He also is a professor of chemical engineering in the Department of Chemical Engineering. He serves as associate director of Penn State's Institutes of the Energy and Environment. Since 2011, he has been serving as the founding director at Penn State for the international Penn State-Dalian Joint Center for Energy Research (JCER) between Penn State and Dalian University of Technology. Since 2015, he has been serving as the founding director of DOE University Coalition for Fossil Energy Research funded by the National Energy Technology Laboratory with $20 M for six years.

He specializes in clean fuels and catalysis research including catalytic conversion and utilization of energy resources, including coal, petroleum, natural gas, biomass and carbon dioxide as a carbon source. His current research interests include catalysis in fuel processing for ultra-clean fuels and fuel cells; adsorptive CO2 capture and separation, catalytic CO2 conversion and utilization; reforming of hydrocarbon and alcohol fuels for syngas and H2 production; shape-selective catalysis for synthesis of organic chemicals; catalysis and reaction chemistry for energy conversion; and synthesis and applications of nano-porous catalytic and adsorbent materials.

For making clean liquid fuels, Song and coworkers at Penn State have developed sulfur-selective adsorbents for removing sulfur from liquid fuels at ambient temperature and pressure, which enabled liquid fuel utilization in fuel cells and changed the way of thinking in the field. Many proto-type fuel processing systems have been fabricated by their industrial partner and applied for liquid fuel-based polymer electrolyte and solid oxide fuel cells. Song and coworkers at Penn State have developed novel solid “molecular basket sorbents (MBS) with high capacity for selective CO2 capture and separation from gas mixtures such as flue gas from coal-fired power plants. The MBS has been successfully scaled up for CO2 separation from his laboratory to a pilot plant for demonstration in collaboration with their industrial partner under the support of US Department of Energy.  Song and coworkers at Penn State and collaborators at Penn State-Dalian Joint Center for Energy Research have developed a series of novel catalysts for selective CO2 conversion to chemicals and fuels. He and his collaborators have not only developed new bimetallic catalysts with high selectivity for CO2 conversion to lower olefins, liquid hydrocarbons and methanol, but also delineated the elemental reaction pathways on the surfaces of the new bimetallic catalysts.

Song has authored or coauthored 360 refereed journal papers, and thirty book chapters, edited eleven books, and eleven special issues of research journals, delivered sixty plenary or keynote lectures at national and international conferences, and given over 290 invited lectures worldwide. He is also an inventor for eight patents. He has received many awards for his original research such as Henry H. Storch Award and ACS Fellow from American Chemical Society, the Fulbright Distinguished Scholar Award from US Department of State, Honorary Professor of Tianjin University, Herman Pines Award from Catalysis Club of Chicago, and Catalysis Club of Philadelphia Award. Within Penn State, he has received Faculty Scholar Medal, Distinguished Professor, Wilson Award for Excellence in Research, and Faculty Mentoring Award. Song has served as an advisory board member for U.S. Department of Energy’s Energy Frontier Research Center at Argonne National Laboratory, the National Science Foundation’s Engineering Research Center at University of Kansas, and as a consultant or advisor for some major energy companies including BP, ExxonMobil, and Saudi Aramco. Currently he is serving as the Editor in Chief for Advances in Catalysis (published by Elsevier), as Associate Editor for Frontiers of Chemical Science and Engineering (Springer), as Advisory Editor for Journal of CO2 Utilization (Elsevier), and as editorial advisory board member for some research journals such as Energy and Fuels, Catalysis Today, Chemical Engineering & Technology,  Chinese Journal of Catalysis, Greenhouse Gases: Science and Technology, Green Energy and Environment.

He has served on numerous boards and committees, including serving as the Chair of the American Chemical Society (ACS) Petroleum Division (2003-2005), Chair of the ACS Fuel Division (2007-2009), Chair of the Advisory Board for International Pittsburgh Coal Conference (2004-2006), Chair of 12th International Conference on Carbon Dioxide Utilization (2013), Co-chair of 24th North American Catalysis Society Biennial Meeting (2015), and Chair or Co-chair of 35 international symposia related to clean fuels, catalysis, CO2 capture and utilization, fuel processing for fuel cells, and heavy oil upgrading.

My research areas include: 1) catalytic fuel processing for clean energy applications such as ultra clean fuels, hydrogen and synthesis gas production, and fuel cell applications; 2) carbon dioxide CO2 capture and utilization as fuels and chemicals; 3) catalysis for synthesis of value-added chemicals such as shape-selective synthesis of monomers for advanced aromatic polymer materials. A list of current projects include: