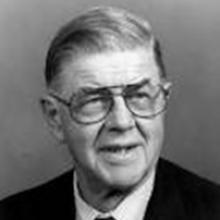 Most of the 48 years at Bell Laboratories were spent processing materials: the early decade crystalline oxide searching for desirable electronic and magnetic properties; later years glass suitable for drawing fiber. The crystalline oxide ie, perovskites yielded numerous journal articles but were of modest commercial value. The glass was more successful on both accounts.

We started using vapor sources (SiCI4, GeCI4) reacted with oxygen is a silica tube heated externally. As work progressed, we revised our methods to include thermophoresis, chloride complexation and sol-gel leading to performs from which fiber is drawn. Support for the project was provided by self-assembled staff members who determined the physics and chemistry involved. Its should be noted that the Laboratories, culture not only encouraged such "bottom-up" projects and supported them along with core projects from above.

Upon receiving a Ph.D., John B.MacChesney joined Bell Laboratories where he engaged in research on ceramics and single crystals of interest for their electrical or magnetic properties. In 1972, his attention turned to glass, specifically, to produce vitreous silica of purity and configuration needed for optical fibers. This resulted in the invention of the Modified Chemical Vapor Deposition (MCVD) process used worldwide to produce a significant fraction of the presently installed fiber. Later, his work concentrated on means to deliver erbium or other rare-earth ions to a process for making amplifier fibers. Concurrently, together with D. W. Johnson Jr., they demonstrated a sol-gel process for making large silica cylinders which was developed for commercial fiber production.

He is, generally, regarded as a materials scientist and innovator credited with approximately 125 publications and a like-number of domestic patents for the processing of photonic components. he received national and international recognition which includes: The Commonwealth Award do designated by the Society of Sigma Xi, the Tyndall Award by the Optical Society of America/Institute of Electrical Engineers, The Charles Draper Award by the National Academy of Engineers of which he is a member. He is also a member of the (world) Academy of Ceramics which named them as recipients of the 2000 Ceramics Award.

Other recognitions include the Engineering Achievement Award by the American Society of Metals, The Morris Liebman Award by the Institute of Electronic Engineers, the John Jeppson by the American Ceramics Society and the 2012 Stookey Lecture of Discovery Award by that society. From the American Physical Society, The International Prize for New Materials; from Penn State, the Hosler Award and from the Materials Laboratory award for Distinguished Alumni. In 1990, he received The Thomas Alvah Edison Patent Award by the Research and Development Council of New Jersey and in 1993, the Inventor of the Year by The Jersey Inventors Hall of Fame.

Dr. MacChesney received a BA degree from Bowdoin College and a PhD from Penn State. He served as adjunct professor at The Kwangju Institute of Science and Technology (Korea) and as liaison between the Materials Engineering Section of NAE. His entire career of forty-eight years was spent at Bell Laboratories and its successor.